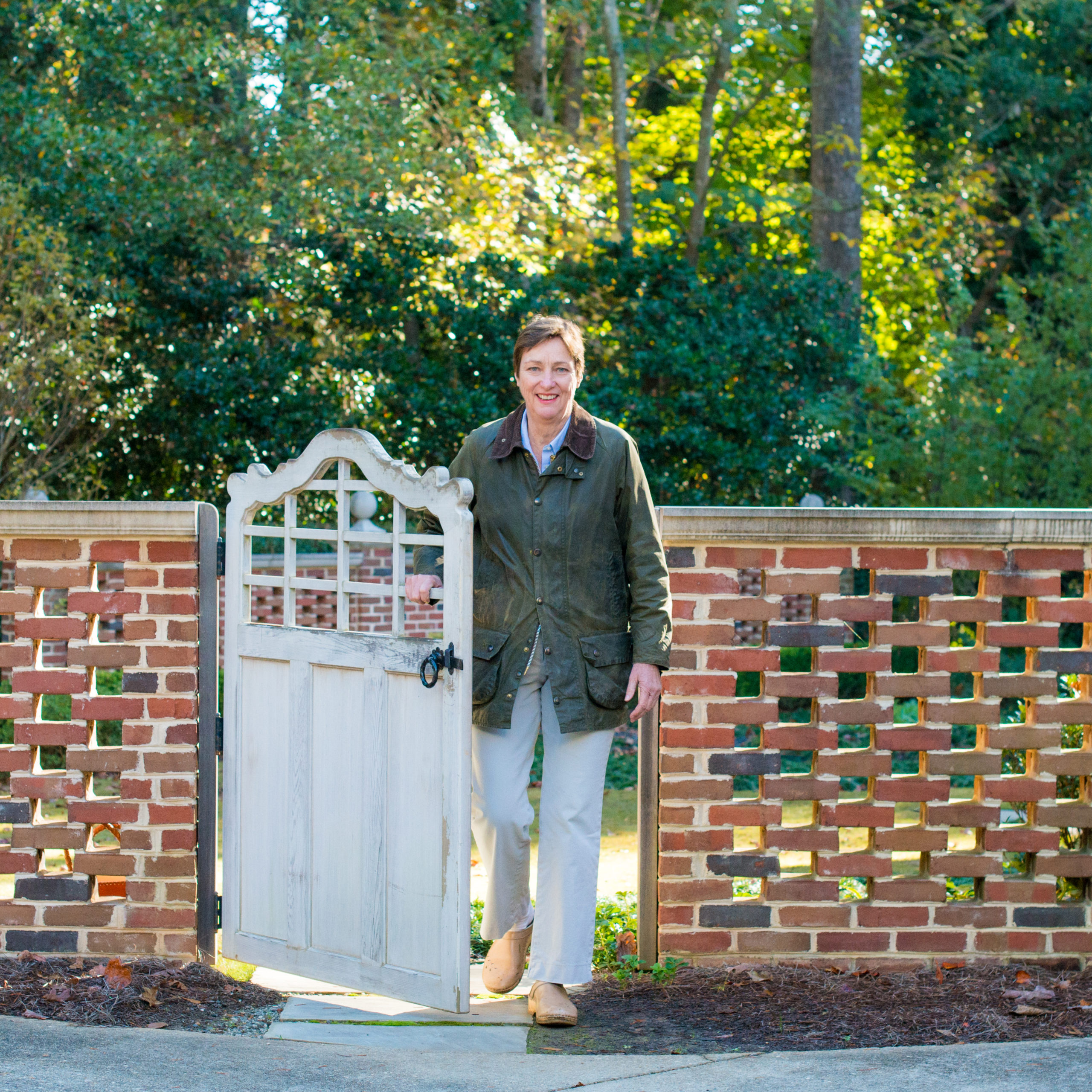 Raised on a farm in Noxubee County, Mississippi, Marcia Weber, has had dirt under her fingernails from the age of five, when she discovered the magic of seeds. Like a seed, her passion blossomed into a B.S. of Horticulture from Mississippi State University, and in 1979, Marcia founded her company, Gardens to Love, in Atlanta.

Atlanta metro area landscape with Gardens to Love is beautiful and identifiable, achieving years of distinction and a strong, loyal customer base. Marcia has made a lifelong career of creating and enhancing landscapes, both large and small. Marcia leads a talented team to create, install and upkeep gardens throughout the Southeast. She is often influenced and inspired by her wide-ranging travels, but the gardens she builds are always attuned to local, indigenous ecology. Her work is also animated by her keen artistic eye.

Marcia is past president of the Atlanta Contemporary Arts Center, an advisory council member of Georgiaʼs Hambidge Center and an executive board member of North Carolinaʼs Bascom Fine Arts Center, where she recently curated a show of architectural ceramics. Marcia maintains her personal gardens in Ansley Park, Atlanta; Highlands, NC; and San Miguel de Allende, Mexico. Marcia’s Ansley Park garden has been featured in Frances Shultz’ book, Atlanta at Home. This 100-year-old city garden has been featured numerous times on the Atlanta Botanica Garden Connoisseurs Tour where it charms visitors with its pierced brick walls, stone terrace with medallion of handmade anti-bellum bricks from Marcia’s family home in Mississippi. Her North Carolina garden has been featured during the Bascom Garden Week in Highlands, NC.

Marcia Weber is a popular guest speaker for garden symposia and garden clubs throughout the Southeast and frequently serves as a garden expert on both television and radio. She recently appeared on the Oprah Winfrey Network’s Happiness Project.